People with obsessive-compulsive disorder (OCD) suffer intensely from recurrent, unwanted thoughts (obsessions) or rituals (compulsions), which they feel they cannot control. Although people with OCD typically display symptoms of both obsessions and compulsions, they do not have to occur together. Rituals such as hand washing, counting, checking, or cleaning are often performed with the hope of preventing obsessive thoughts or making them go away. Performing these rituals, however, provides only temporary relief, and not performing them markedly increases anxiety. Left untreated, obsession and the need to perform rituals can take over a person’s life. OCD is often a chronic, relapsing illness. 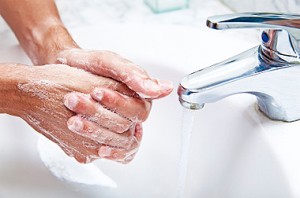 How Common Is OCD?

There is growing evidence that OCD represents abnormal functioning of brain circuitry, probably involving a part of the brain called the striatum. OCD is not caused by family problems or attitudes learned in childhood, such as an inordinate emphasis on cleanliness, or a belief that certain thoughts are dangerous or unacceptable. Brain imaging studies using a technique called positron emission tomography (PET) have compared people with and without OCD. Those with OCD have patterns of brain activity that differ from people with other mental illnesses or people with no mental illnesses at all. In addition, PET scans show that in patients with OCD, both behavioural therapy and medication produce changes in the striatum. This is graphic evidence that both psychotherapy and medication affect the brain.

What Treatments Are Available For OCD?

Treatments for OCD that combine medications and behavioural therapy (a specific type of psychotherapy), are often effective.

Several medications have been proven effective in helping people with OCD: clomipramine, fluoxetine, fluvoxamine, sertraline, and paroxetine. If one drug is not effective, others should be tried. A number of other medications are currently being studied.

A type of behavioural therapy known as “exposure and response prevention” (ERP) is very useful for treating OCD. In this approach, a person is deliberately and voluntarily exposed to whatever triggers the obsessive thoughts, and then is taught techniques to avoid performing the compulsive rituals and to deal with the anxiety.

Can People With OCD Also Have Other Illnesses?

OCD is sometimes accompanied by depression, eating disorders, substance abuse, attention deficit hyperactivity disorder, or other anxiety disorders. When a person also has other disorders, OCD is often more difficult to diagnose and treat.

Symptoms of OCD can also coexist and may even be a part of a spectrum of other brain disorders, such as Tourette’s syndrome. Appropriate diagnosis and treatment of other disorders are important to successful treatment of OCD.