Dr. Leonardo Fontanelle is an Associate Professor at the Institute of Psychiatry of Federal University of Rio de Janeiro (UFRJ), where he directed the Anxiety, Obsessive, and Compulsive Research Program from 1998 until 2018. Since 2011, he also has an appointment as a Senior Researcher at D’Or Institute for Research and Education (IDOR), a private research institution in Rio de Janeiro, Brazil. In 2019, Dr. Fontenelle became a full time Professor (level E) at the Turner Institute for Brain and Mental Health, in Monash University, Melbourne, Australia. Currently, he is the editor-in-chief of the Jornal Brasileiro de Psiquiatria and an Associate Editor of the Journal of Obsessive-Compulsive and Related Disorders. Dr. Fontenelle has authored more than 200 articles, mostly in obsessive-compulsive and anxiety related disorders. He has established the Rio de Janeiro team as one of the leading obsessive-compulsive disorder research groups in Latin America. Currently, he has  ~5,400 citations (Google h-index of 40) and has given a total of 44 lectures, often as a keynote speaker, both locally and internationally. To date, Dr. Fontenelle has helped obtaining ~ R$1 million in research funding in Brazil and ~AU$ 7 million in Australia. 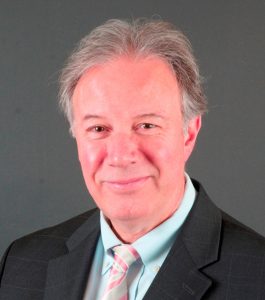 Dr. Dan Geller  founded the Pediatric Obsessive-Compulsive Disorder (OCD) Program at Massachusetts General Hospital (MGH) in 1992. For 27 years, he has studied the causes, phenomenology, developmental expression, neural and psychiatric correlates, familial patterns, genetics, treatment and outcome of OCD and related disorders that onset in youth, including tic disorders, Tourette’s syndrome and ADHD and has produced a coherent and comprehensive body of original research. More than 200 publications include many original papers, reviews, book chapters, and new research presentations and symposia at national and international scientific meetings. At MGH, he has collected and characterized the largest sample of children and adolescents with OCD ever assembled. Dr. Geller has won competitive grants from the National Institutes of Health (K08, R01), private foundations and industry and is a founding member of the Psychiatric Genetics Consortium OCD/TS subgroup, whose goal is to identify genes responsible for OCD and delineate epigenetic mechanisms by
which genetic vulnerabilities are translated into clinical symptoms. He authored seminal research into pharmacological approaches to pediatric OCD and continues as a leading investigator of the effects of new molecules for OCD and TS and biomarkers for OCD. Most recently he has focused on inflammatory- and immune-mediated neuropsychiatric syndromes affecting children, as one cause of OCD in youth. He is the author of the American Academy of Child and Adolescent Psychiatry practice guidelines for treatment of these children and is a Distinguished Fellow of the American Academy of Child and Adolescent Psychiatry and a Fellow of the American College of Neuropsychopharmacology. Dr. Geller is an Associate Professor of Psychiatry at Harvard Medical and the inaugural incumbent of the Mittelman Family Chair in Child and Adolescent Psychiatry. Dr. Susanne Walitza, MD, MSc, is a Full Professor (Chair) of child and adolescent psychiatry and psychotherapy. She is the Head of Department and the Medical & Research Director of the Department for Child and Adolescent Psychiatry and Psychotherapy of the University of Zurich and the University Hospital of Psychiatry Zurich (Switzerland). From 2015 to 2017 she was the Vice Dean for Clinical Education at the Faculty of Medicine of the University of Zurich (Switzerland).
She graduated with an MD (University of Wurzburg, Germany) in 1999 and also holds an MSc in psychology (Technical University of Berlin, Germany), is a certified specialist in child and adolescent psychiatry and psychotherapy and holds a certificate in forensic psychiatry.
Her current research interests include the clinical pictures and phenotyping (psychological and neuropsychiatric aspects) as well as the genetics and neuroimaging of (developmental) disorders in child and adolescent psychiatry and psychotherapy, in particular ADHD, OCD, anxiety- and tic-disorders. She has lectured and published widely on the subject, having her work published in various peer-reviewed journals and books. In addition, she has been part of numerous national and international research projects, has acted as editor, reviewer and consulting expert for several international journals and continues to be a member / board member of many national and international (psychiatric) societies, associations, centers, journals, and other institutions. Dr. Christine Lochner
I am an Associate Professor at the Department of Psychiatry (Stellenbosch University) and Co-Director of the SA MRC Unit on Risk and Resilience in Mental Disorders, at the same institution. This unit is known as a centre of international excellence in psychiatric genetics, psychiatric brain imaging, basic neuroscience, and mental health promotion. Although I am a clinical psychologist by training, I consider research a priority. My interests include the phenomenology, psychobiology and neuroimaging of disorders on the compulsivity/impulsivity spectrum, including obsessive-compulsive disorder, hair-pulling disorder (trichotillomania), and problematic internet use (PIU), as well as anxiety disorders such as social anxiety disorder. These conditions are associated with significant distress, functional impairment and costs – to the individual and his/her family, as well as society. I am a member of a number of international research endeavors, including ENIGMA-OCD, ENIGMA-Anxiety, OCD-BRAIN, ICOCS/OCRN, the TLC Precision Medicine Initiative, COST-EU (PIU) and others. These international collaborative projects present a unique opportunity for global impact by providing knowledge on the significant links between clinical aspects, neurobiological underpinnings and brain structures implicated in these and related conditions. Dr. Jamie Feusner is Professor of Psychiatry at UCLA and is a member of the UCLA Semel Institute for Neuroscience and Human Behavior, the Center for Cognitive Neuroscience, the Brain Research Institute, and the Neuroscience Interdepartmental Program. He has been the Director of the UCLA Adult OCD Program since 2006 and has been treating patients in the OCD Intensive Treatment Program since 2002. Dr. Feusner has published on OCD, body dysmorphic disorder (BDD), and anorexia nervosa and has lectured nationally and internationally on these topics. He has received funding from the National Institutes of Health (NIH) and foundation grants as a principal investigator for studies of OCD, BDD, eating disorders, and gender dysphoria. Dr. Feusner conducted and published the first functional magnetic resonance imaging (fMRI), diffusion tensor imaging (DTI), and EEG studies in BDD. His research utilizes functional and structural neuroimaging, psychophysical testing, and advanced computational methods to understand the brain and behavior. An additional area of work is in novel applications for mobile assessment of perceptual distortions of appearance for research and clinical purposes. The goals of his research program are to understand phenotypes of perceptual and emotional processing across conditions involving body image and obsessions/compulsions in order to develop novel treatment strategies, enhance current strategies, and predict outcomes of treatments.